August 13, 2018 -- In an FT-ICR, the analyzer, known as a Penning trap, is located within a superconducting magnet. The ions are trapped by the magnetic field perpendicular to the magnetic field. When this occurs, packets of ions move and detection plates can detect a signal as they pass nearby. A mass spectrum is extracted from this signal using a Fourier Transform. The Orbitrap uses a coaxial design and does not require the use of superconducting magnets, but still requires the application of a Fourier Transform to extract a mass spectrum, so it is also considered to be a type of FT/MS. A recent innovation in FT/MS is the addition of a tandem mass analyzer, either a quadrupole or ion trap mass analyzer. When either type of analyzer is added on to the front end of the system, it

Ion trap mass spectrometers vary, they can consist of a conventional 3-dimensional design or the more recently developed linear ion trap. Both use constant DC electric fields and oscillating AC radio frequency fields to trap the ions. Conventional 3D ion traps use a ring electrode and two end-cap electrodes, while linear ion traps use four parallel electrodes. There is a limit to how many ions can be collected in the trapping volume before space-charge effects can begin to distort the applied electric field, but newer ion trap designs have addressed this issue with larger, effective trapping volumes. We typically see ion trap MS used in qualitative work, be it protein identification or screening applications. 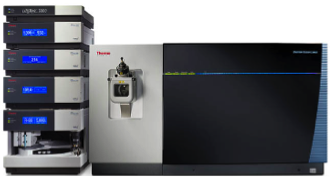 FT/MS and ion trap have what is known as collision-induced dissociation (CID) capability. This collision induces kinetic energy to an internal energy transfer, leading to the dissociation of the ion. CID can tell you structural energetic, and kinetic information about the system. In addition, both technologies are capable of performing Electron Transfer Dissociation (ETD) in ion trap system, or Electron Capture Dissociation (ECD) in FT/MS systems. In ETD and ECD the addition of a radical ion or electron causes fragmentation of the parent ion, but cleaves them in a different manner compared to CID, and offers complimentary information from the MS/MS spectra. 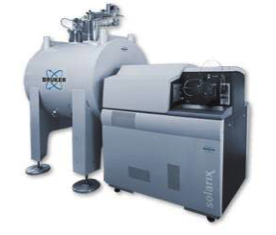 Ultimately, FT/MS and ion trap mass spectrometers are both advantageous techniques to use in your lab because theoretically, they can perform an infinite number of stages (MSn). If you enjoyed this post, be sure to check out the rest of our mass spec series!

What types of Mass Spec do you use in your research? Have you used FT/Ms or Ion Trap MS? Join the discussion below in our forums!