May 27, 2019 -- Climate change is a global concern, therefore it is important to understand international, national and local policies and regulations. Cooperation and collaboration are essential to successfully limit the current impacts and future effects of climate change.

This requires guidance and scope from international organizations like the United Nations. Commitment and action is required from member nations. Finally, personal responsibility and citizen partnerships within nations will lead to successful implementation of climate action. Ideally, cooperation would lead to successful implementation of climate action. Unfortunately, this harmony is still a work in progress. Therefore as a global community we still have much work to do in improving collaboration and efficiency in order to meet our self-determined climate goals. If all of these units work together, then preventing additional damage to the environment and society is possible. 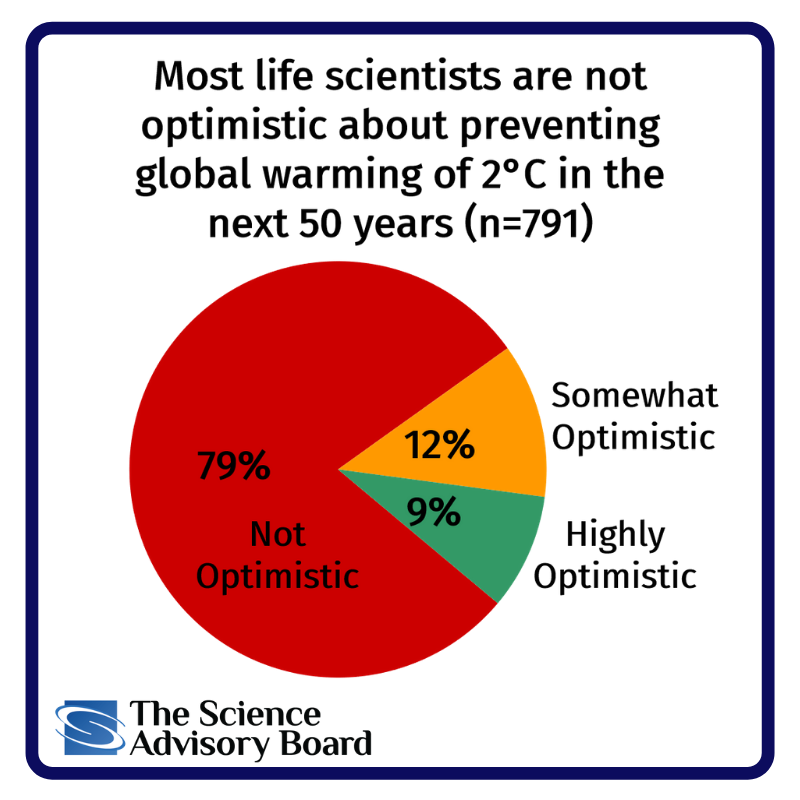 In our recent Science Advisory Board survey on climate change, life scientists reported that they’re overwhelmingly pessimistic (79%) that enough action will be taken to prevent warming of 2°C. Scientists from Asia were slightly more optimistic than scientists from other regions, but only 17% were highly optimistic. Moreover, two thirds of life scientists do not think that life is likely to adapt to new climate norms in the next 50 years. This pessimistic outlook is in spite of the efforts of policymakers and decision makers globally who have developed extensive national and international adaptation plans and resiliency preparation. So what are the international and national policies that have scientists alarmed? 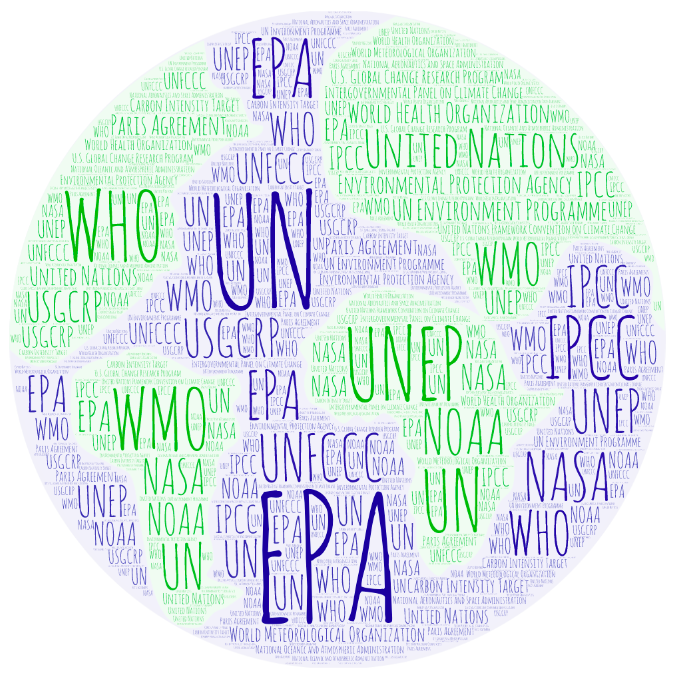 Climate change is a complex global topic and thus a complex network of both government agencies and intergovernmental bodies have been developed to confront the concern. The United Nations (UN) is highly invested, establishing one of it’s six primary programs, the UN Environment Programme (UNEP) to be its voice for the environment. Moreover, the UN has specialized agencies with interests in climate change such as the World Health Organization (WHO) and the World Meteorological Organization (WMO). The Intergovernmental Panel on Climate Change (IPCC) was created in 1988 by the WMO and UNEP. The UNFCCC secretariat (UN Climate Change) was established in 1992 when countries adopted the United Nations Framework Convention on Climate Change (UNFCCC). The UNFCCC is responsible for the creation of the Paris Agreement in pursuit of climate action and sustainable development goals. The Paris Agreement binds Parties with pledges to limit further global warming trends. Progress towards pledges vary among nations with some claiming to have met interim targets (China’s 2020 carbon intensity target), while in other nations such as the United States progress is slow or even fluctuating.

If this structure seems confusing and vast, the ante is upped when it comes to governmental agencies for climate change. For example, in the United States there is a labyrinth of agencies and federally funding organizations with interests in climate change. The U.S. Global Change Research Program (USGCRP) is a federally funded program to coordinate research investments understanding the forces shaping the global environment, both human and natural, and their impacts on society and facilitates collaboration across 13 federal member agencies. However, these member agencies also have their own objectives and directives regarding climate change. For instance, the Environmental Protection Agency (EPA) is responsible for producing and maintaining adaptation strategies and resilience plans. While many other organizations like The National Aeronautics and Space Administration (NASA) and the National Oceanic and Atmospheric Administration (NOAA) conduct independent research to inform decisions. The Department of Defense has its own directive (4715.21) to improve climate preparedness and resilience. In the executive branch, executive orders (EO) can also impact national climate change strategies and policies. EOs can be volatile due to the potential changes in administration, and therefore presidential mandates, every four to eight years. As a recent example, EO 13514, titled “Federal Leadership in Environmental, Energy, and Economic Performance” was issued in 2009. However, EO 13514 was repealed in 2018, and replaced with the much less ambitious EO 13834. This supported the execution of EO 13783 in 2017 to deregulate many areas associated with energy and the environment. These examples show how climate policies are often evolving, contradictory, or simply overridden making it difficult to disseminate information and provide guidance to the public.

Our data suggests that individual scientists, answering as individuals and citizens of diverse nations of the world, may not agree with legislation or regulations being pushed onto them by their governments. Gaining “buy in” from influential community members will ease the pressure that local governments feel while implementing national and state policies. It is known that local political climates influence the ability of local governments to effectively implement environmental regulations (1). In this case, it is clear that scientists have strong opinions on the effectiveness of current policies, which may be interfering with the implementation of international and national strategic plans to mitigate and adapt to climate change.

Click to read the full report and view slides below: 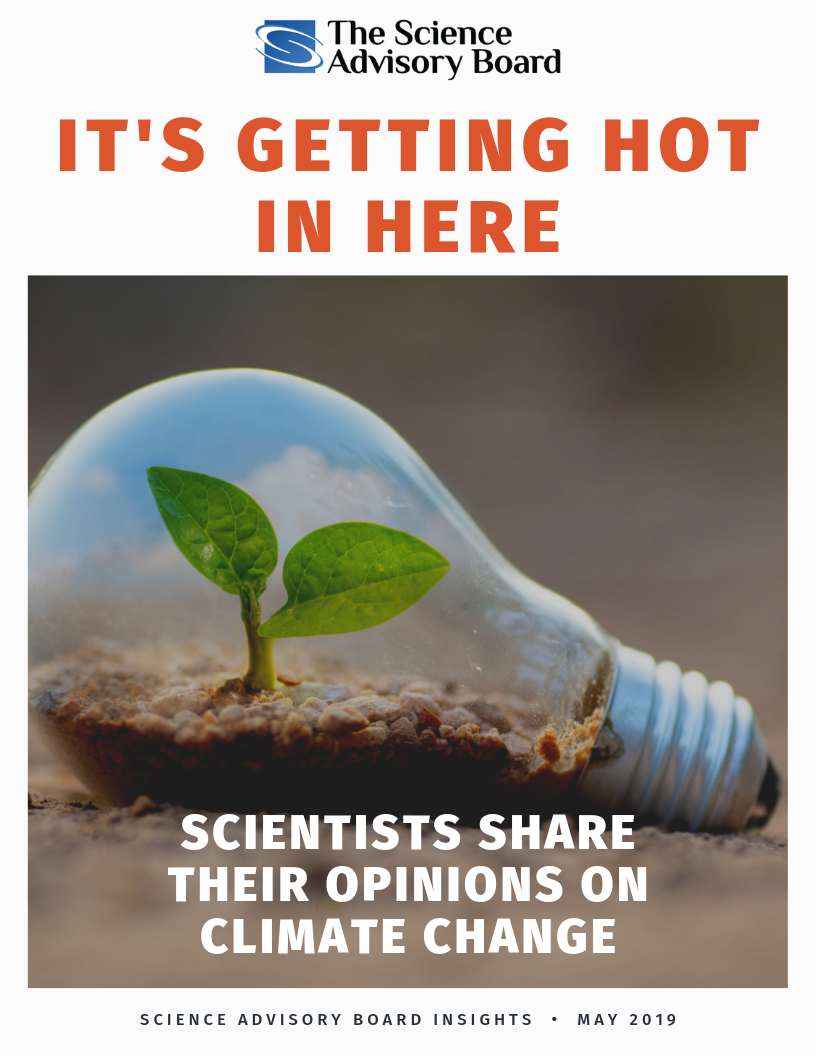 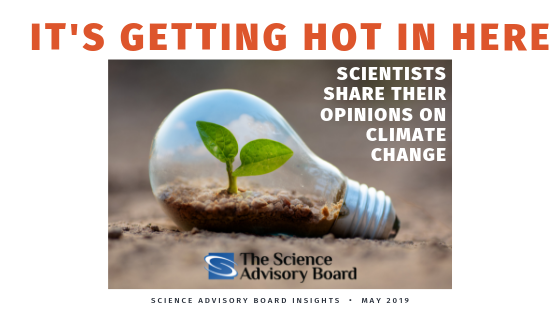 Do you believe that there is a disconnect between the science informing international and national decision-makers and climate change adaptation and strategies?