Spotlight on the Emerging Market in China 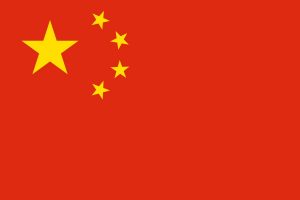 Upon studying the analytical and life science instrument market in China, along with life science lab budgets, The Science Advisory Board has found that Asian markets are growing faster than scientific markets in the US and Europe. China in particular is of great interest because of the size and growth of their nearly $6 billion market.

This report is designed to share with our members the incredible growth China is experiencing and how it could affect the life sciences globally.

In the third quarter of last year, the National Bureau of Statistics of China (NBS) released its annual “China Statistical Yearbook,” a compilation of figures representing growth in various socio-economic sectors in the country from the previous year. The NBS’s 2017 Yearbook analyzes data from federal ministries such as the Ministry of Science and Technology, Ministry of Education, the China Association of Science and Technology, the State Administration of Science, Technology and Industry, as well as the NBS itself, with a focus on scientific and technological (S&T) R&D activities in China in 2015 in various sections, enterprises, and institutions.

Data indicated an extremely significant rise in supervised enterprise sampling checks to determine and ensure quality of products. The food sector had the most dramatic increase in this category, most likely due to China’s updated Food Safety Law in April 2015. Statistics also illustrated a decrease in R&D personnel from 2014 and a drop in postgraduate science graduates.