January 27, 2020 -- New research utilizing stem cells indicates that the metabolic processes that lead to young-onset Parkinson's disease (YOPD) could begin years before symptoms of the disease emerge. But the findings also point to a potential drug candidate that could be used to treat the condition, according to a study published January 27 in Nature Medicine.

YOPD accounts for approximately 10% of all Parkinson's disease (PD) cases and is defined by onset in individuals younger than 50 years of age. Parkinson's can be caused by monogenic mutations in specific genes or a combination of environmental and genetic factors, which is still poorly understood. Typical pathological hallmarks of the disease include loss of dopamine neurons and the aggregation of Lewy bodies caused by the buildup of α-synuclein protein.

"Young-onset Parkinson's is especially heartbreaking because it strikes people at the prime of life," said study co-author Dr. Michele Tagliati, the director of the Movement Disorders Program and the vice chair and a professor in the department of neurology at Cedars-Sinai, in a statement. "This exciting new research provides hope that one day we may be able to detect and take early action to prevent this disease in at-risk individuals."

The inaccessibility of patient dopamine neurons and poor animal models have undermined drug discovery efforts, particularly for individuals with young-onset Parkinson's disease, which only occurs in 10% of PD cases. Therefore, the researchers used induced pluripotent stem cells (iPSCs) from three patients with YOPD; the stem cells were subsequently differentiated into dopamine neurons as a model to study tissue-specific phenotypes.

Analysis of gene expression and protein levels in iPSC-generated neurons revealed that α-synuclein accumulated only in differentiated cultures. To understand the cause of the accumulation, whole-transcriptomic RNA sequencing was used. This analysis showed that lysosomal activity was downregulated at the protein level but not the mRNA level for the YOPD cultures, indicating that normal transcription of lysosomal machinery occurred but resulted in lower lysosomal proteins compared with controls.

The researchers found significantly reduced levels of lysosomal-associated membrane protein 1 (LAMP1) and reduced activity of GCase, a lysosomal hydrolase. GCase led to oxidized dopamine over time in YOPD cultures, suggesting that lysosomal dysfunction may underlie α-synuclein in the cultures -- and it may begin decades before symptoms of Parkinson's emerge. 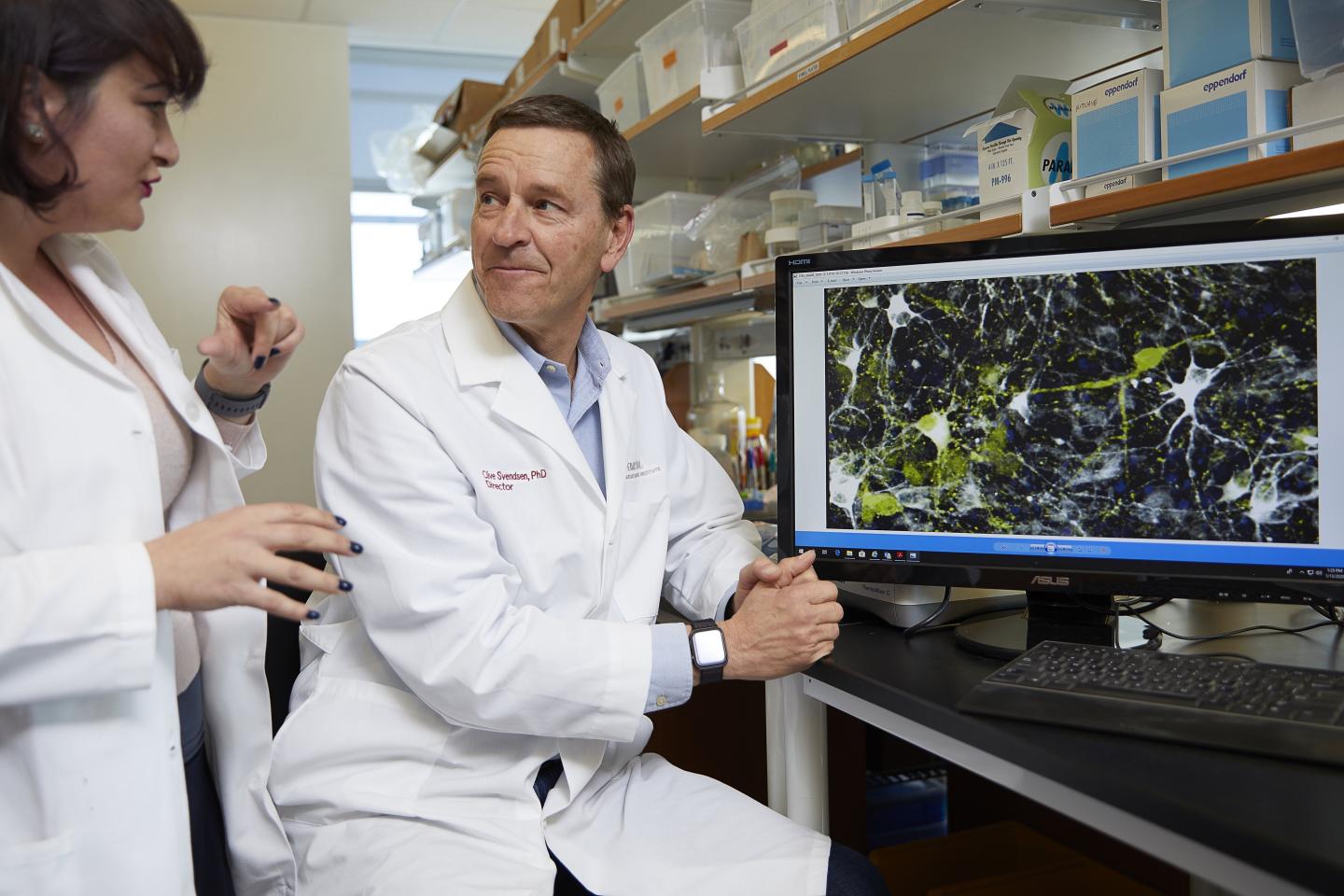 "What we are seeing using this new model are the very first signs of young-onset Parkinson's," said senior study author Clive Svendsen, PhD, the director of the Cedars-Sinai Board of Governors Regenerative Medicine Institute and a professor of biomedical sciences and medicine at Cedars-Sinai, in a statement. "It appears that dopamine neurons in these individuals may continue to mishandle α-synuclein over a period of 20 or 30 years, causing Parkinson's symptoms to emerge."

In an attempt to reverse the effects of lysosomal-specific dysfunction, the team applied drug PEP005 to the YOPD cultures. PEP0055 is a protein kinase C agonist already approved by the U.S. Food and Drug Administration for treating precancers of the skin. PEP005 reduced α-synuclein protein levels and increased LAMP1 levels via a rise in protein kinase C. The full effect of this enzyme is not fully understood, but this evidence provides the basis for exploring its role in Parkinson's. These results of applying PEP005 were verified using an additional nine YOPD and seven control stem cell lines.

This research identified the molecular signature in iPSC-based model of young-onset Parkinson's disease with a phenotype that is clearly defined by genetic contributions. Moreover, it could provide a screening platform for new therapeutic agents that affect the underlying mechanisms in YOPD. The researchers plan to further evaluate the effect of PEP005 of YOPD.


Do you have a unique perspective on your research related to neurodegenerative disease or drug discovery research? Contact the editor today to learn more.