September 3, 2021 -- If you knew that an experiment would fail, would it be worthwhile to conduct if it had the potential to challenge fundamental hypotheses about science? In a recent interview with ScienceBoard.net, world-renowned Stanford University scientist and serial entrepreneur Stephen Quake, PhD, discussed the value of basic research and his contributions to the biomedical field. 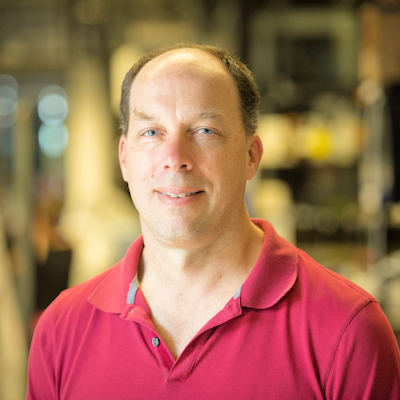 Leveraging his expertise and passion for basic research, Quake helped establish the Chan Zuckerberg (CZ) Biohub in 2016. The CZ Biohub is a regional research organization aimed at understanding the fundamental mechanisms of disease to develop new technologies that can lead to diagnostics and effective therapies. According to Quake, the nonprofit enables faculty members at associated universities (the University of California, Berkeley; the University of California, San Francisco; and Stanford University) to take on the riskiest ideas -- "the ones that wouldn't get funding from conventional sources," Quake said.

The CZ Biohub solicits research proposals from individual faculty members. However, the organization approaches this with a twist. It asks faculty to submit ideas that would never be funded by government agencies because perhaps the scientist lacks enough preliminary data to convince a skeptical panel of peers or, due to other reasons, would likely not successfully win a large grant.

The significance of basic research

Quake said that 90 faculty members have been funded through this mechanism. He listed a few of the incredible research accomplishments that have resulted from the initiative. The discoveries include finding new forms of microbial life, gaining new insights into neuroscience, and devising new potential medical devices that monitor a patient's response to drugs. CZ Biohub's support of its scientists enables them to get the preliminary data and complete proof-of-concept studies so they can secure larger funds over the longer term.

One notable example of how well this system has worked was during the COVID-19 pandemic. The rapid pace of scientific progress made during the pandemic for vaccine and therapeutic development was built on the work done by scientists in academia over the past several decades, Quake said. The compressed work that they completed during a global emergency was only made possible because of the foundation laid by many scientists doing basic research in academic and government labs.

CZ Biohub helps researchers find answers to key questions by partnering with them early in the process when smaller amounts of financial support are transformative and help propel research forward, where it can receive federal funding. If federal funding is the bedrock of basic science, CZ Biohub helps feed that ecosystem, Quake explained. In this way, the organization helps accelerate basic science.

"[Basic research] helps us understand the fundamental nature of the universe, and in the case of biology, understanding what life is all about," Quake reflected. "We all have that curiosity. Why does this little beetle look like that? And why does it do that? And why did the birds fly south for the winter? Why do we get older? Why do we get sick, and why can't we live forever? These are all questions that we ponder. Basic research helps us get the answer."

Additionally, CZ Biohub is tackling some big projects, Quake said. Quake is closely involved in an initiative to create a cell atlas to accompany the genome. The goal of the project is to create molecular portraits of all the cell types in an organism and really understand how the genome is used in different cells.

Quake explained that the genome, while the same in all cells, is more of a "parts list," where different parts are used in lung cells versus brain cells or kidney cells. The reference resource they are developing notes this difference in a powerful way. Cell atlases are being created for mice, humans, flies, and even lemurs.

The intersection of academia, industry, and nonprofits

As a theoretical physicist, Quake helped start the bioengineering department at Stanford. He has always been interested in the interface between biology and physics, he explained. His lab focused on two broad areas: development of liquid biopsies and developing cell atlases. In these two spaces, he has also been a successful entrepreneur.

"I've been very much interested in seeing the fruits of our research help people," Quake said. "If you're an academic, you tend to write papers, and they gather dust in journals. To really see things have impact, you need to take another step, and that's why I got involved in helping found companies."

Fluidigm was the first company that Quake founded 20 years ago. It is considered by many to be the grandfather of modern-day single-cell analysis. The company manufactures microfluidic devices, which now have hundreds of applications in molecular and cellular biology.

"There's been a lot of fun, and I've learned a lot along the way, and it's just been a great amplifier of the things that are coming out of the academic research," Quake said.