December 12, 2022 -- A viral toxin produced by the SARS-CoV-2 virus may damage cell barriers, inducing vascular leak and driving severe COVID-19 infections, according to researchers at the University of California, Berkeley (UC Berkeley).

Severe COVID-19 is associated with pulmonary edema -- abnormal buildup of fluid in the lungs -- which is linked to epithelial and endothelial barrier dysfunction. Researchers previously identified an exacerbated inflammatory response as the cause of this symptom without determining the specific triggers of increased permeability of the epithelial and endothelial barriers.

The search for the triggers led researchers at UC Berkeley to analyze interactions between the SARS-CoV-2 spike protein and epithelial and endothelial cells. Francielle Tramontini Gomes de Sousa, PhD, co-first author of a December 9 paper on the discovery in the journal Nature Communications, explained the significance of the findings in a statement.

"Our study shows how spike [small peptide motif] RGD interacts with integrins, resulting in TGF-beta release and activation of TGF-beta signaling," Gomes de Sousa said. "Using in vitro and in vivo models of epithelial, endothelial, and vascular permeability, we were able to improve understanding of the cellular mechanisms of increased levels of TGF-beta in COVID-19 patients and how spike-host cell interactions could contribute to disease."

Members of the team previously showed the role that dengue virus protein NS1 plays in triggering vascular leaks and in contributing to hypovolemic shock in patients infected with the mosquito-borne viral disease. This pre-pandemic work led the researchers to speculate that a similar SARS-CoV-2 viral toxin may contribute to acute respiratory distress syndrome.

Using genetic knockouts and specific inhibitors, the scientists showed that glycosaminoglycans, integrins, and the TGF-β signaling axis are required for spike-mediated barrier dysfunction. The team then showed that ATN-161, an integrin binding peptide that other groups have studied in COVID-19, reduces vascular leak induced by SARS-CoV-2 infection in vivo. The results point to a new way to prevent the most severe outcomes of COVID-19, as lead author Scott Biering, PhD, a postdoctoral scholar at UC Berkeley, explained.

"In theory, by specifically targeting this pathway, we could block pathogenesis that leads to vascular disorder and acute respiratory distress syndrome without needing to target the virus itself," Biering said. "In light of all the different variants that are emerging and the difficulty in preventing infection from each one individually, it might be beneficial to focus on these triggers of pathogenesis in addition to blocking infection altogether."

One unresolved question is whether the benefits of drugs that limit vascular permeability will outweigh the downsides. Using the molecules may involve a tradeoff, with their ability to slow infection and stop internal bleeding being counterbalanced by the effects of limiting immune access to infected cells.

New drug 'fakes out' SARS-CoV-2 to neutralize it
A new drug neutralizes SARS-CoV-2 and its variants by acting as an ACE2 receptor decoy, Dana-Farber Cancer Institute researchers revealed.

New protein target may help fight COVID-19
A University of Geneva-led research team revealed a hidden cavity on the surface of a key non-structural SARS-CoV-2 protein. Their research, published... 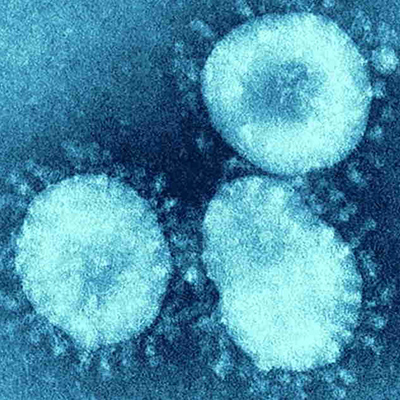